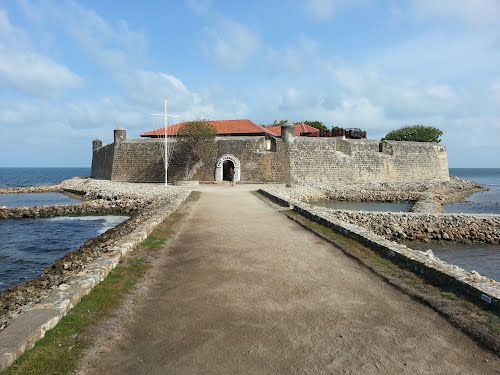 Jaffna, a derivation of Yapa Patuna (Sinhala: Port of Yapanaya), since the ancient times had been one the four main sea ports in Sri Lanka, the others being Dambakola Patuna (KKS or Kankesanturai) again in the North), Mathota (Mannar) in North-West and Gona (Trincomalee) in North-East. Jaffna’s proximity to neighbouring lands over the Palk Straits with a width of only 30km resulted in frequent invasion by the powerful Dravidian kingdoms in southern India. The Jaffna sea port had been the springboard of the Dravidian marauders from India in the ancient history of Sri Lanka. 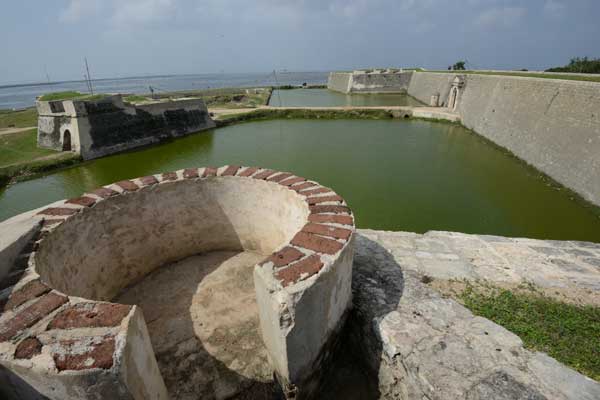 The Jaffna Fort, the second largest Dutch Fort in Sri Lanka, is located immediately south of the Jaffna town, with the southern side bounded by the shallow waters of Jaffna lagoon, the inlet of the Indian Ocean that carves out the Jaffna Peninsula.

“A true and exact description of the Great Island of Ceylon” (1672) by Dutch pastor Phillipus Baldaeus, who lived in Jaffna for about nine years narrates:

“The fort of Jaffnapatan is square surrounded with strong high walls as the print exhibits, it is larger than the fort of Batavia and is the capital of the entire kingdom. It remained under the Portugezen sway for upwards of 40 years, wrested from the Emperor by Philippo d’Olivero when he defeated the Cingalezen forces near Achiavelli by the great pagode, where there are still to be seen the ruins and a wonderfully large wide well, deep and round and its centre 24 fathoms deep, truly a wonderful work hewn out of a large rock”.

Following a grant of LKR 104.5 million, the Department of Archaeology of National Heritage and the Cultural Affairs Ministry has secured the assistance of the 51 Division of Sri Lanka Army in the reconstruction works of the five sided fort that consists of high ramparts and bastions and a moat that runs along the land side. 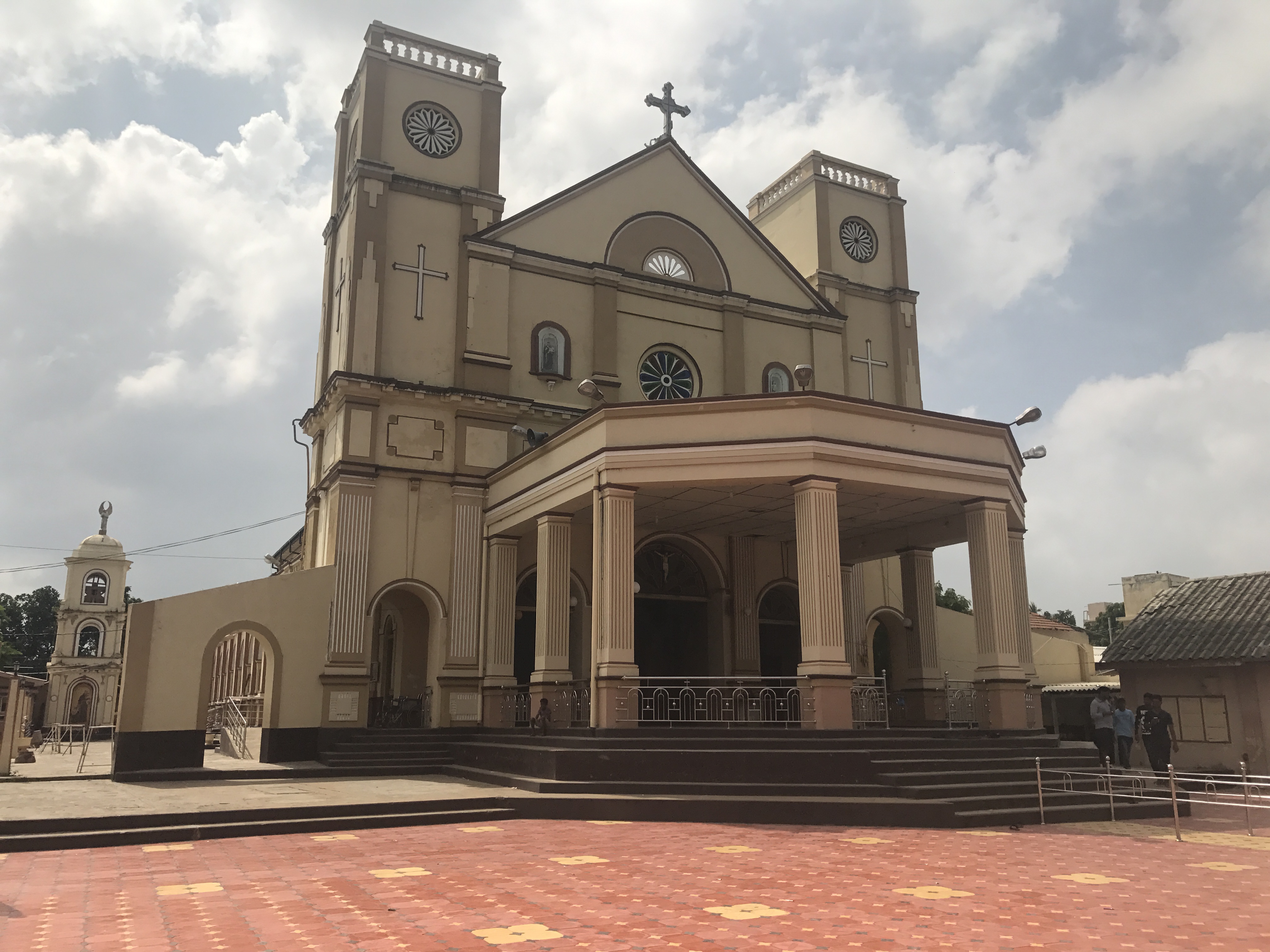 St. Mary’s Cathedral, popularly known as the Jaffna Cathedral is located in the Jaffna town. The foundation stone to St. Mary’s Cathedral constructed in Goanese style was laid in1789. The construction of the cathedral was in the beginning led by Portuguese pastor Leonardo Rebeiro of the Oratory of Goa. When the marble tabernacle and exposition over the high alter was brought from Europe, the second Bishop of Jaffna (1893-1918), Frenchman Rev. Dr. Henry Joulain presented the cathedral with a magnificent chime of bells. 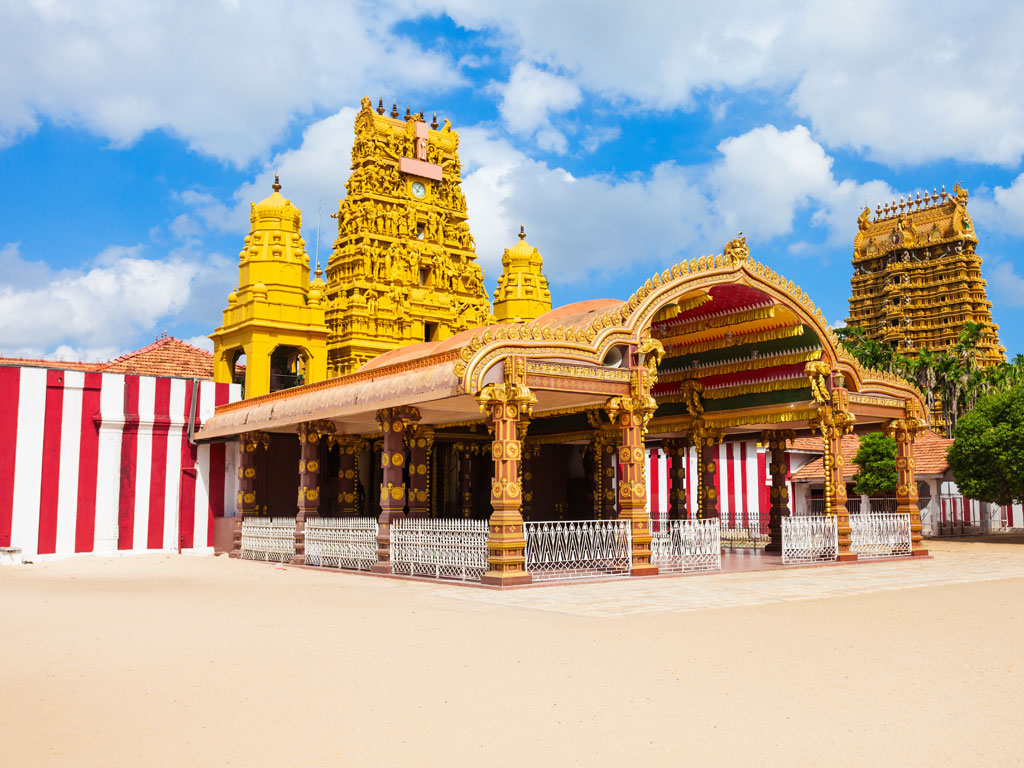 Nallur is a populated village located about 3km south of the city centre of Jaffna. Nallur, according to the Portuguese historian in Ceylon, De Queyroz, was a lovely little village. There were tanks at Nallur brimming with water yet weren’t used by many. He has narrated that the lovely purple flowers growing on these tanks were called ‘Manel Mal’ (Sinhala: Purple Lotus) that is also grown along most reservoirs of every part of Sri Lanka. Nallur, according to Portuguese sources, had a great Sinhala (Chingalaz, as the Portuguese spelled) populace. “Two sailors, both brave men, Pero Travacos, a native of Cochim, and Braz de Couto of Truquel in the Boroughs of Alcobaca, offered to go and discover them. They landed with all precaution, but were at once surrounded by the Chingalaz within sight of the Manchua (Type of Malaylam boat) in which they went”. A Muslim Mosque, did once stand at Nallur, till it was burned and destroyed by the Catholic Padre of Jaffna during the early 1600’s. Portuguese have well recorded their battles in Jaffna against the Sinhalese, Muslims and Vadukas at Nallur.

Kantharodai, described as Kadurugoda Temple in the Sinhalese chronicles, is a 3rd century BC Buddhist site located about 10km north of the city of Jaffnaand 2km west of the village of Chunnakam. A cluster of twenty miniature dagobas, ranging in height from one to three meters, are unlike any other Buddhist religious site in Sri Lanka. It is believed that each of the miniature dagobas has the remains of Buddhist monks enshrined therein. The site is yet be subjected to archaeological exploration. 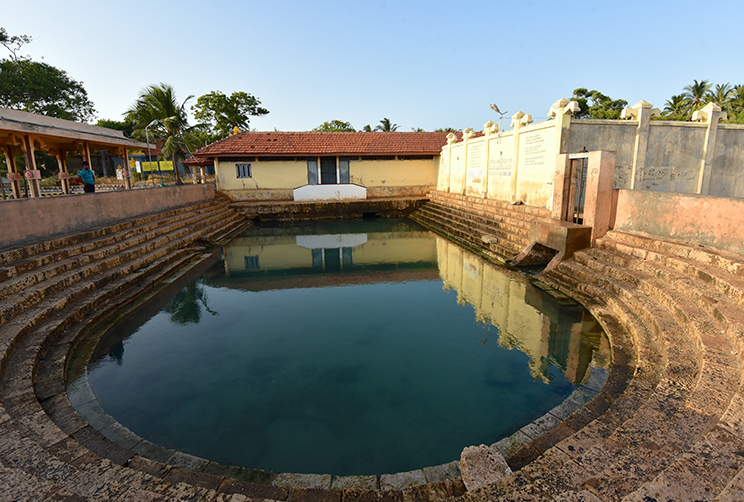 Keerimalai Hot Water Springs located close to Naguleswaram which is of proximity to Kanksanturai of Jaffna Peninsula and are said to be of the therapeutic value, containing healing waters. The spring water flowing through the crevices and fissures of the carbonated rocks acquires residues of minerals and encounters sea water as it surface at Keerimalai. Hindu Tamils gather at these springs on the new moon day of July to dip into the waters and pay tribute to the souls of their departed ancestors.

The light house at the coastal village of Point Pedro marks the northernmost point of Sri Lanka. West of Point Pedro is the infamous coastal village of Velvettiturai, which for long decades, had been a stronghold of the petty local smugglers and the landing point of illegal immigrants from South India. Until about three decades ago the illegal immigrants called “Kallathoni” from the state of Tamilnadu of India, found Velvettiturai, a convenient shore. 5km south of the lighthouse, at the northern end of the Manalkadu Desert is the village of Vallipuram, which unearthed the famous ancient Vallipuram gold foil of inscriptions. Vallipuram, once a principal city of Jaffna peninsula is home to the second largest Hindu Kovil in the country. The shrine is one of the very few in Sri Lanka dedicated to God Vishnu.

Manalkadu is a mini version of a desert. Right at the town of Point Pedro begins the Manalkadu Sand dunes. The sparsely populated coastal stretch is punctured with isolated villages centred around a village well. The acres of sand dunes are also found covered with thick bush while beyond the dunes one can spot one of the most beautiful beaches of the Northern Province. 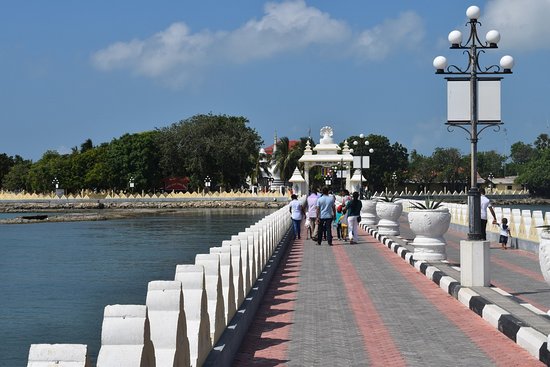 Nagadipa Viharaya, an ancient Buddhist temple is located in Nagadipa, one of the islands in a cluster that is situated close to the western coast of the Jaffna peninsula with Palk Strait shaping around it. The stupa which is of modest dimensions commemorates the Buddha’s third visit to Sri Lanka. The Image House next to the stupa features a fine golden Buddhist statue.